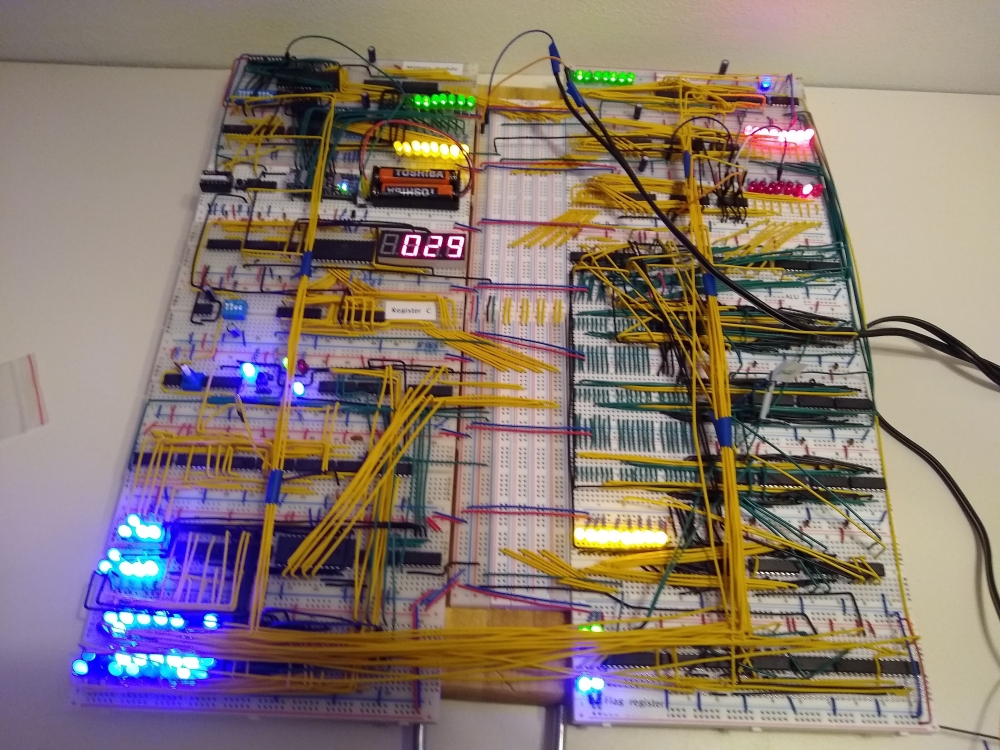 GR8CPU is my project to build a fully functional computer on breadboards. The first version i built, GR8CPU revision 2, has easily over 600 wires, 74 integrated circuits and 79 LED lights. It is an 8-bit architecture with simplicity and processing power in mind. The CPU has access to 256 bytes of RAM, and i have written a fully functional for it.

As of now, I'm working on building my second one, GR8CPU Rev3. The first CPU was loads of fun to work on, but my ambitions are higher: with 65536 bytes of memory, improved arithmetic and a much higher speed by design, this CPU is a contender for the most complex breadboard CPU ever made. 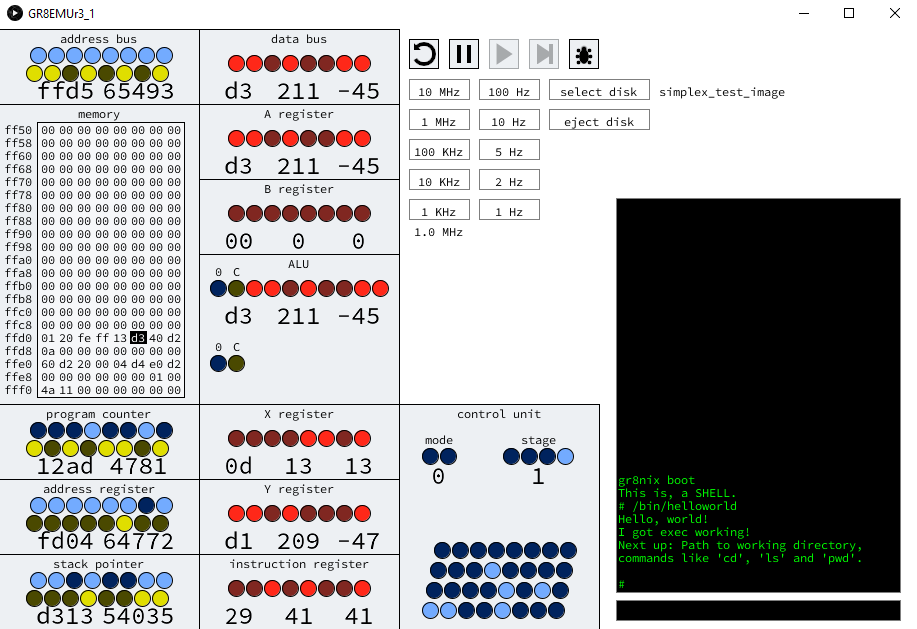 GR8NIX is an operating system inspired by Unix, a simple multi-user, multitasking operating system made in the 1970s. Modern operating systems based on unix's ideas include Linux, MacOS and Android, among others.
GR8NIX is written in assembly, for GR8CPU Rev3. It is made of over 2000 lines of hand-written assembly, totalling over 5 kilobytes and counting.
Technical details include: